Difference between revisions of "Timeline of Bitcoin"

The timeline currently offers focused coverage of the period until {{{end-date}}}. It is likely to miss important developments outside this period (particularly after this period) though it may have a few events from after this period.

This is a timeline of Bitcoin, attempting to describe the evolution of the cryptocurrency and its influence around the world. All Bitcoin Core version updates are included.

The following are some interesting questions that can be answered by reading this timeline:

The image below illustrates the evolution of Bitcoin daily price in United States Dollars across the years. See the boom at the end of 2017, and the subsequent Bitcoin crash.[6]

The image below illustrates the evolution of Bitcoin daily price in United States Dollars across the years, in logarithmic scale.[7] 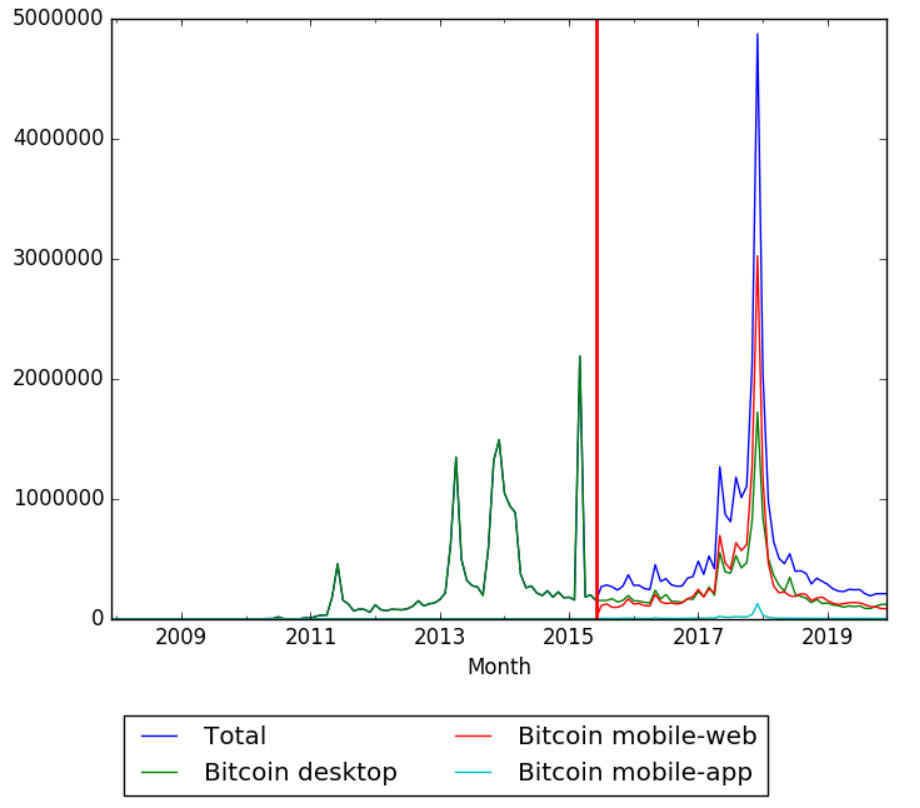 The image below shows Google Trends data from January 1 2004 to January 29 2020, when the screenshot was taken. Search peaks in November 2017, during a boom preceding the 2018 cryptocurrency crash.[9]