Difference between revisions of "Timeline of H-1B"

This timeline covers the history of the H-1B visa and associated work status. The timeline incorporates some content from H-1B visa#Changes to legal and administrative rules and Premium Processing Service#Pre-announced delays for processing cap-subject petitions. Although much of the copied content was added by the author of the current Timelines wiki page, it also incorporates edits from others. The original content was released under the Creative Commons Attribution/Share-Alike License (CC-BY-SA), so this page inherits this license.

The graph below shows Google Trends data from 2004 (the start of availability of data) to April 2020, when the screenshot was last updated.[1] 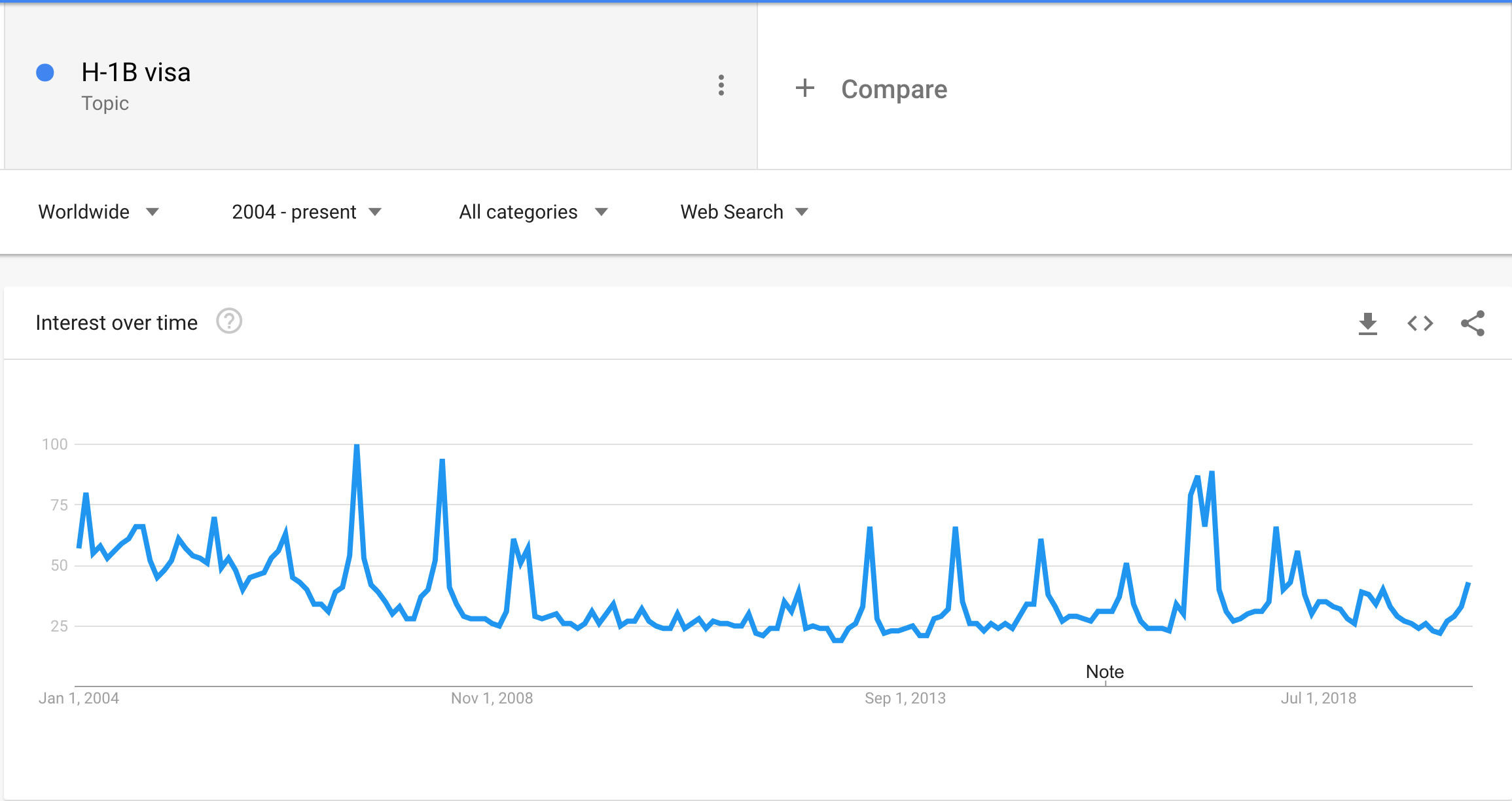 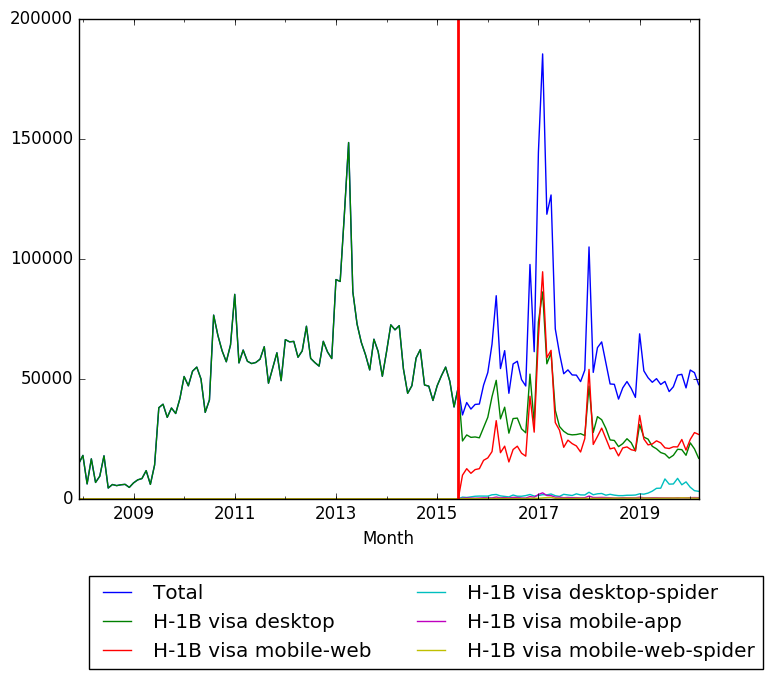 When inline citations are missing, this is usually because the Wikipedia article for the subject of that row has adequate detail and its own citations.

Fiscal Year 2021 was the first year that the USCIS moved its lottery selection to before the start date of filing.[64] We'll make a table here once we have at least two years of data on the new lottery system, as we'll have a clearer idea then what dates can vary year-over-year.

The H-1B petition is filed using Form I-129, and any Form I-129 petition can be submitted at most six months in advance of the indicated start date. Therefore, cap-subject petitions in a given Fiscal Year start on the first weekday of April (usually April 1, sometimes April 2 or April 3) of the preceding calendar year. Early April is sometimes called "H-1B season", "H-1B cap season", "H-1B filing season", or "H-1B petition season", and is the subject of much informal discussion among petitioners, beneficiaries, and commentators.

Due to the huge influx of petitions right around April 1, USCIS, for Fiscal Years 2014 through 2017, pre-announced delays in the beginning of countdown for Premium Processing Service; the 15-day countdown for petitions submitted between April 1 and this delayed start date would start on the delayed start date, rather than the date the petition was received. For Fiscal Years 2018 and 2019, Premium Processing Service was suspended entirely during the cap season.

This period was characterized by significant flux in caps as well as the way petitions count toward the cap. Notes explaining the reason for changes in numbers are included. See the #Full timeline for more context on the specific changes. Data is from the United States Chamber of Commerce.[70]